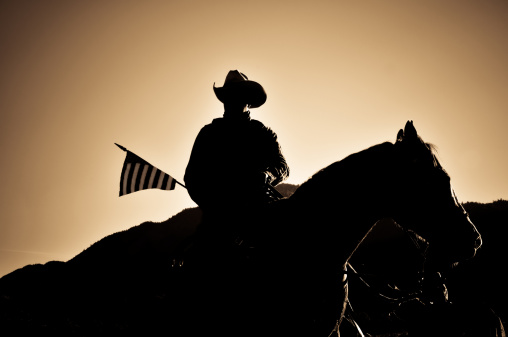 Howdy Friends! I’d missed a few years of Grandpop’s Veterans Day rides. Those years when I was all self-assured that whatever I had to do was the most important thing. I’m sorry I missed those years.

I’m happy Grandpop waited for me to come to my senses.

I’m not sure when he started his daylong treks to the highest point on the ranch, but as long as I could remember, each Veterans Day, he saddled up and rode to the knob of, ‘Rattle Tree Mountain.’ The view there, among trees misshapen by fierce winter winds of the altitude, went on as far as the eye could reach. And was worth every minute of the three hour ride to get there.

Everyone was welcome to ride along, and some years, back when I was young, we had quiet the caravan of friends, relatives and sometimes strangers. For a few years, after the local newspaper wrote a story about it, folks pitched in a few dollars each to be part of it. Grandpop always gave the money to the local VFW.

We rode pretty much in silence today. Three days ago Grandpop gotten word that his friend Buck Clayton had passed on. They’d served in Africa together, part of what became known as the Battle of the Bulge.

I remembered meeting Buck a few times. Once he even joined Grandpop on his Veterans Day ride. I missed that one. “He was a fine man, loved his family, God and country,” Grandpop said when he got the news about Buck. “Stood strong to defend them all.” He and Grandpop had been together for three of the four years, “over there,” as he puts it.

It was just Grandpop and me today, riding through the flats, on up to the foothills and then along the narrow ridge to the bald knob. Some of the mares followed us for a while down on the flats, their steamy breath floating up and away on the cold air. Grandpop had tied his hat down with a red scarf, covering his ears, neck and most of his face, but I could feel his smile when the lead mare trotted beside his horse stride for stride.

We sat our horses at the edge of the crest on the high knob, wind whipping around us, doing its best to blow us away. Even in the bitter cold it was easy to get lost in the majesty of the view, the place, the meaning.

“I suppose God gave us this view, so we could come up here every now and then and realize how important and beautiful life is. How precious and fragile it is.” I remember him telling us as children one Veterans Day decades earlier. I never truly got his meaning until today. Looking out over that splendid vastness sitting beside him on my horse … I looked at the little flags in his saddlebag and realized for the first time, he was talking about the precious lives so many risk – and loose, assuring that others can live theirs, free and safe.

Grandpop stepped down and planted three small flags in the garden of tattered, faded flags. One for each of his friends, and friends of friends, who had served – and passed since last Veterans Day.

For years now Grandpop has been planting flags in the garden honoring servicemen and women. At first it was just a few, close friends he’d known, then as word spread, and especially after the newspaper story, there were many more little tiny flags to raise on the windy mountain knob’s flag garden.

I heard one year there were 50 riders to the garden, carrying 300 flags. Some mailed flags from as far away as Pennsylvania. Sadly that was one of the years I thought I was too busy to make the journey.

In recent years few people sent flags. Some years none.

I held our horses as Grandpop struggled to push the short stakes in the hard ground. His hands shook, his shoulders quivered as he unfurled each flag.

The ride had become tough for him in recent years. I wanted to help, or plant the flags for him, but he’d not hear of it.

He spent an hour on his hands and knees straightening the faded, tattered flags, as best he could, then stepped back, stood tall and saluted. He held his salute, his shoulders rocked, tears streamed down his face, and mine.

I rode down the trail ahead of him, as is his way. He always stayed behind a while, a few private moments. I would wait for him at the old camp a mile down the mountain.

I paused, turned my horse to look back up to him. Sitting his horse at the edge of the knob, looking out over the land, he made a striking silhouette. My eyes wetted again. Without words, I promised I’d tend his garden … when the day came.

Be sure to visit my BOOK SHOP to see all my books. 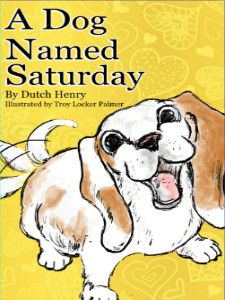 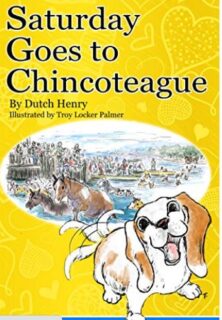 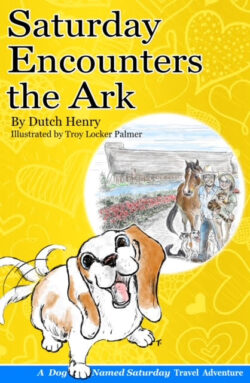 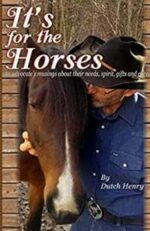 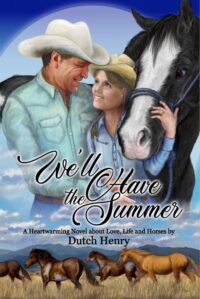 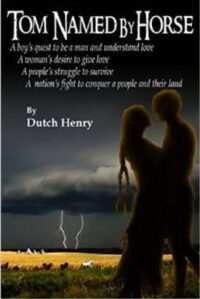 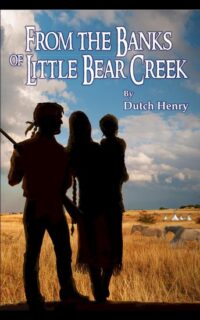